Fully-cooked hams are best if heated through. Pre-heat the oven to 325°F (160 C) and add ½ inch of water to pan. Heat in covered pan until an internal temperature of 140°F (60°C) is reached (10-15 mins per pound). Use a meat thermometer to check that ham has reached correct temperature.

Honey Glaze (for one 5lb ham)

Score ham, and stud with the whole cloves. Place ham in foil lined pan with ½-1 inch of water in bottom of the pan. In the top half of a double boiler, heat the corn syrup, honey and butter. Keep glaze warm while baking ham.

Brush glaze over ham and bake for 1 hour 15 minutes in the preheated oven. Baste ham every 10 to 15 minutes with the honey glaze. During the last 4 to 5 minutes of baking, turn on broiler to caramelize the glaze. Remove from oven and let sit a few minutes before serving.

Place the ham cut-side down in a roasting pan and brush the meat with the glaze or roast as is. Add approx. ½ inch of water or pineapple juice to the pan. Use a covered pan or cover the ham with aluminum foil.

For our smoked hams we recommend cooking for 15-18 minutes per pound. The internal temperature should reach 160 F or 71 C. 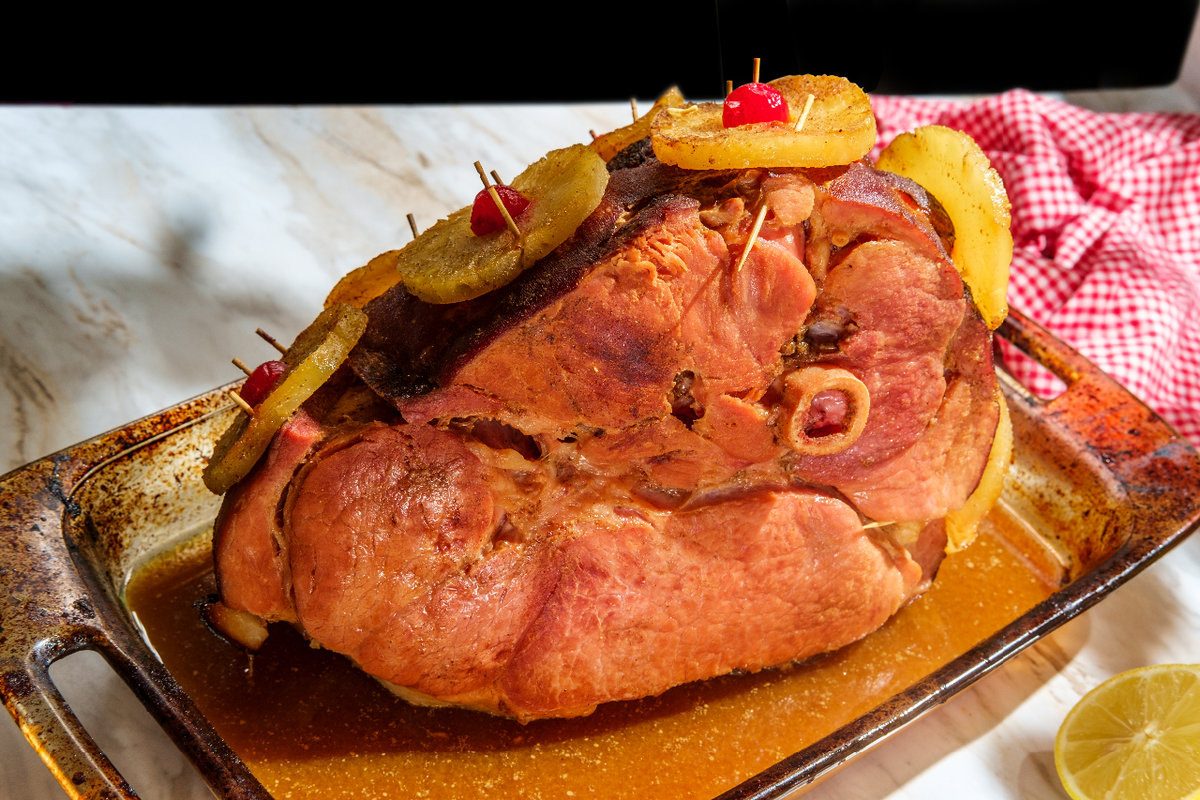